A giggle, a smirk, a jealous comment said behind someone’s back. Seems harmless, but what happens when the person you’re gossiping about overhears?

Recently I’ve been a victim of such gossip. “Friends” I thought respected and supported 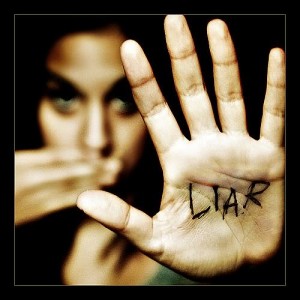 me both professionally and personally spread a wave of negativity and lies. Their words were hurtful, mean-spirited and false assumptions that demeaned my character.

After I wiped the tears away, I took a good hard look in the mirror and realized I’ve been guilty of spewing venom on occasion myself. It was a rather eye-opening week.

The one question spinning in my head is why do people act out like this?

The most obvious is jealousy, insecurity, or unhealed inner wounds. Personally, when I think back at times I have inappropriately spoken ill of someone, those were the reasons.

But these people’s words were just cruel and complete lies based on assumptions, not facts.

People falsely read into the words you say, trying to find hidden meanings and agendas. They project their own wants and issues onto you. Before you know it, they’ve spun a web of fantasies they believe must be true, if only in their pinhead minds.

I have no hidden agendas. I’ve always been an open book. Anyone who reads this blog knows that.

The saddest part of all is it’s made me question every single person in my life and wonder who my true friends are. Maybe that’s not a bad thing. As my career moves forward, I’m sure more of these venomous predators will slither from the cracks.

Why someone would piss off a Sicilian black belt is beyond me.

But I won’t hurt them. I can’t. It’s not my style. Nor will I ever call them out in public. They know who they are. However, I will never help them, nor will they be the beneficiaries of my philosophy to pay it forward. Karma will kick their ass for me.

I will forgive them, because the God I believe in wants me to. But I will never forget what they said and the callous way in which they insulted my professionalism and my character.

As much as this gut-punch hurt, every hit I take in life brings a valuable lesson:

I have taught my children never to post anything on a social media site they wouldn’t be comfortable seeing printed on the front page of a newspaper. I am now adding another golden rule to the mix:

Never say anything you wouldn’t say to someone’s face.

Believe me, if these “friends” had the balls to speak those vial assumptions to me directly, I would have slapped the words right out of their mouths.

Words are weapons. Once you have stabbed someone with them, that wound will leave a permanent scar. 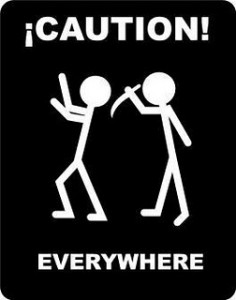 And if you are a person who feeds on venomous rumors and laughs along with the insecure gossiping liars of this world, what makes you think they aren’t spreading rumors about you too?

The reality is, most gossipers are serial ones. No “friend” of his or hers is safe.

Be careful what you say, someone is always listening.